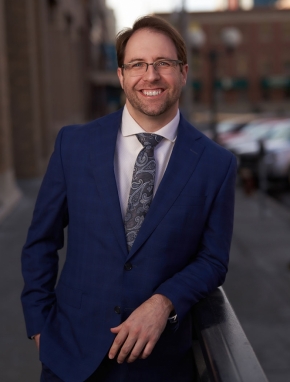 Since a young age, Robert has desired to help individuals no matter the predicament. This passion from an early age led Robert to become an attorney. Upon graduating from law school, Robert chose to begin his legal career as a public defender because he enjoys battling the State. He believes when the State focuses its prosecutorial powers upon a single person, it is essential that the person’s rights are protected and respected, including the right to a public trial. Additionally, when a person has made a mistake, and the State can prove its case, that person should not be branded by that poor choice for the rest of their life.

Throughout his career, Robert has represented individuals accused of simple driving offenses, assaults, drug charges, weapon offenses, sexual assaults, and charges as serious as Second Degree Murder. He has taken numerous cases to a trial and has argued before the Nebraska Supreme Court and the Nebraska Court of Appeals.

In 2021, Robert left public defender work to join the Dowding, Dowding, Dowding, & Urbom Law firm because he wanted to expand his practice and help individuals in challenging situations that did not include exclusively criminal defense.